On the Bellarine Peninsula close to Point Lonsdale, and near the entrance to Port Philip Bay lies Queenscliff. This is a well-known seaside resort that hosts holiday seekers from all around the world looking to have fun. Home to a large array of attraction points, the list of places to go, and things to do in Queenscliff are never ending.

Gazetted on 12 May 1862, Queenscliff offers a 19th century feel, through its many historic hotels, public buildings and even fishermen cottages. Although today, this seaside town prides itself in being a holiday spot, it was once a defence post around 1880, and it was, in fact, the most heavily armed fort in the Southern Hemisphere.

The magnificent Vue Grand Hotel, built in 1881, dominates the commercial center in Queenscliff, on Hesse Street and the center is characterized by century-old buildings and shop fronts. 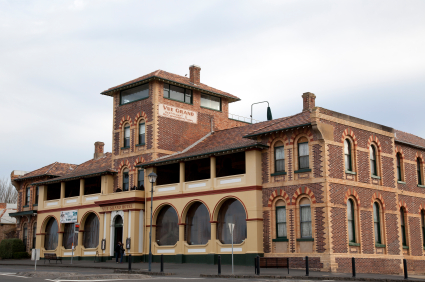 Gellibrand Street also hosts guest houses, and some pretty awesome hotels, where a large area of parkland separates it from the cliffs along the coastline.

One of the really best places to holiday, Queenscliff is surrounded by water, on three sides, giving it a large stretch of coastline. Walking along the coastline will reveal large rocky outcrops, white sandy beaches, historic piers and wondrous cliffs.

The Queenscliff Harbour lies to the east of Wharf Street, and includes a number of wharves; this is home to a few fishing fleets. There is also a retail strip that is home to a number of cafes and restaurants offering picturesque views of the harbour. The harbour is also home to a 30 meter tall tower that serves as a navigation beacon, and at the top it has an observation deck where the public can get to see panoramic and unadulterated views of Queenscliff and the bay.

A passenger ferry service, and car service is found at the eastern end of the harbour, and they operate between Sorrento and Queenscliff, via the Mornington Peninsula. This basically offers an alternate route through the road in Melbourne.

A collection of steam and diesel hauled heritage trains from around Australia are operated by The Bellarine Railway on 16 kilometres of track of the former Victorian Railway's Queenscliff branch (originally opened in 1879). Return passenger services operate throughout the year between Queenscliff and Drysdale, along with Day Out With Thomas weekends, Santa Trains, driver experiences and charter services.

So, the historic and culturally rich buildings and clean, magnificent beaches in the Borough of Queenscliffe are just some of the reasons that make Queenscliff, a unique holiday destination. Views of ships coming in at the rip will delight you, and the rich cuisine from local cafes will bring your taste buds to life. It is the one place where the views, the feel, and even the cuisine impressed even the most seasoned holiday seeker.

Queenscliff.com.au is a dedicated travel website for Queenscliff, Victoria. Book accommodation, get special deals or find all necessary information to maximise your holiday experience.

Explore other holiday destinations in Victoria

Copyright © 2012 - 2021 Queenscliff.com.au. All Rights Reserved.
This website is owned by an independent private entity and it is not related to any federal, state or local government institution.